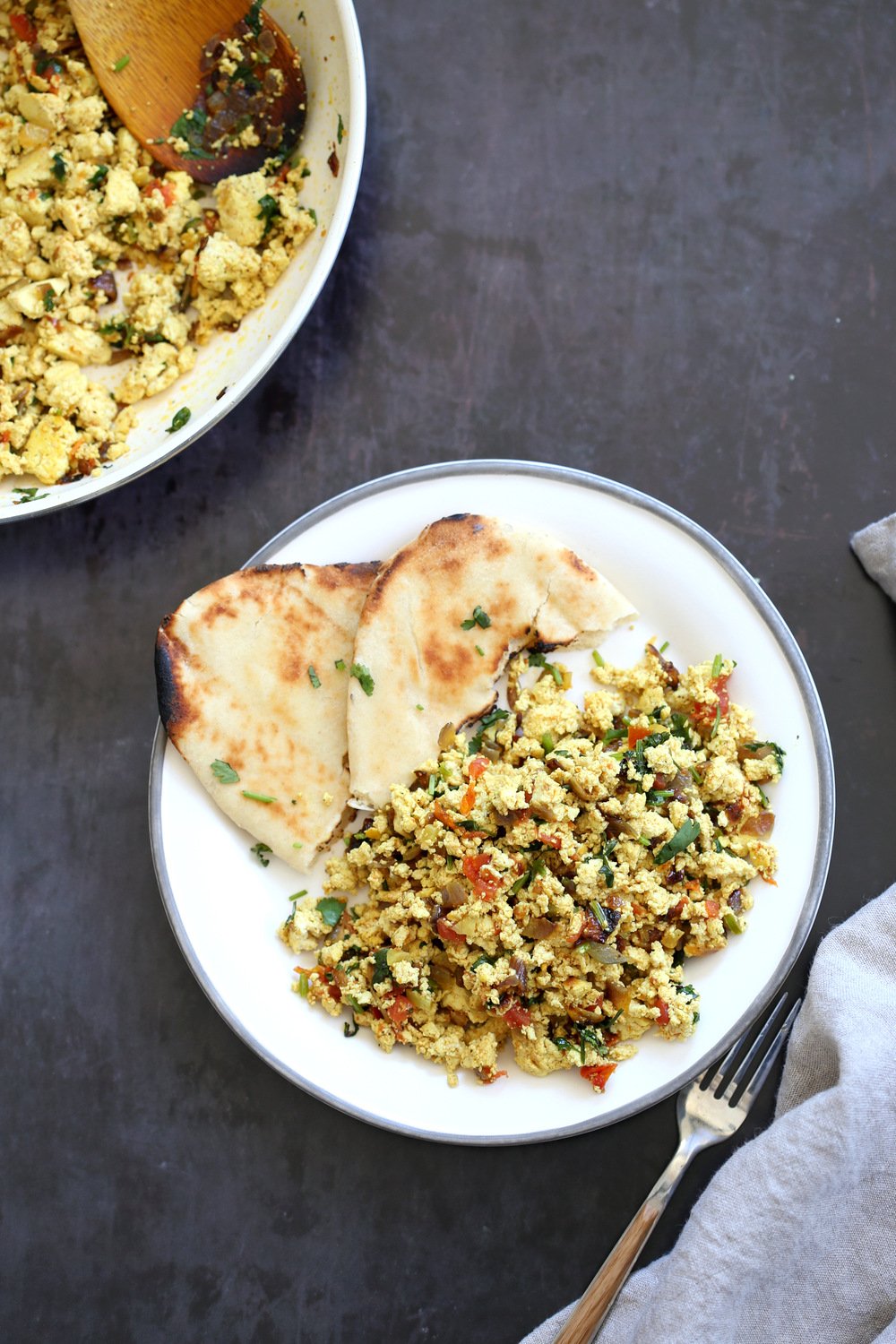 Morning Savory Breakfast while growing up were a few repeat options. Poha, Upma, Savory Chickpea Flour pancakes, steamed savory cakes etc.  Egg bhurji (Indian scrambled eggs), and paneer bhurji(scrambled paneer) were one of the options for days one of us kids had some active events. Bhurji means scramble mix. The key feature of my Mom’s bhurji was that there would be more of the onion, tomato and cilantro than the paneer. It must have been because one of us was picky about it. But the balance of those flavors works out so perfectly!

This version with tofu is a simple scramble with a few ingredients. But when done, it becomes a vibrant, delicious, savory, satisfying meal to start the day. The bhurji is best served hot with toasted breads or in a breakfast bowl. Make this with chickpea flour tofu for soyfree.

The recipe is flexible to taste, add veggies of choice, change up the spices and make this your own.