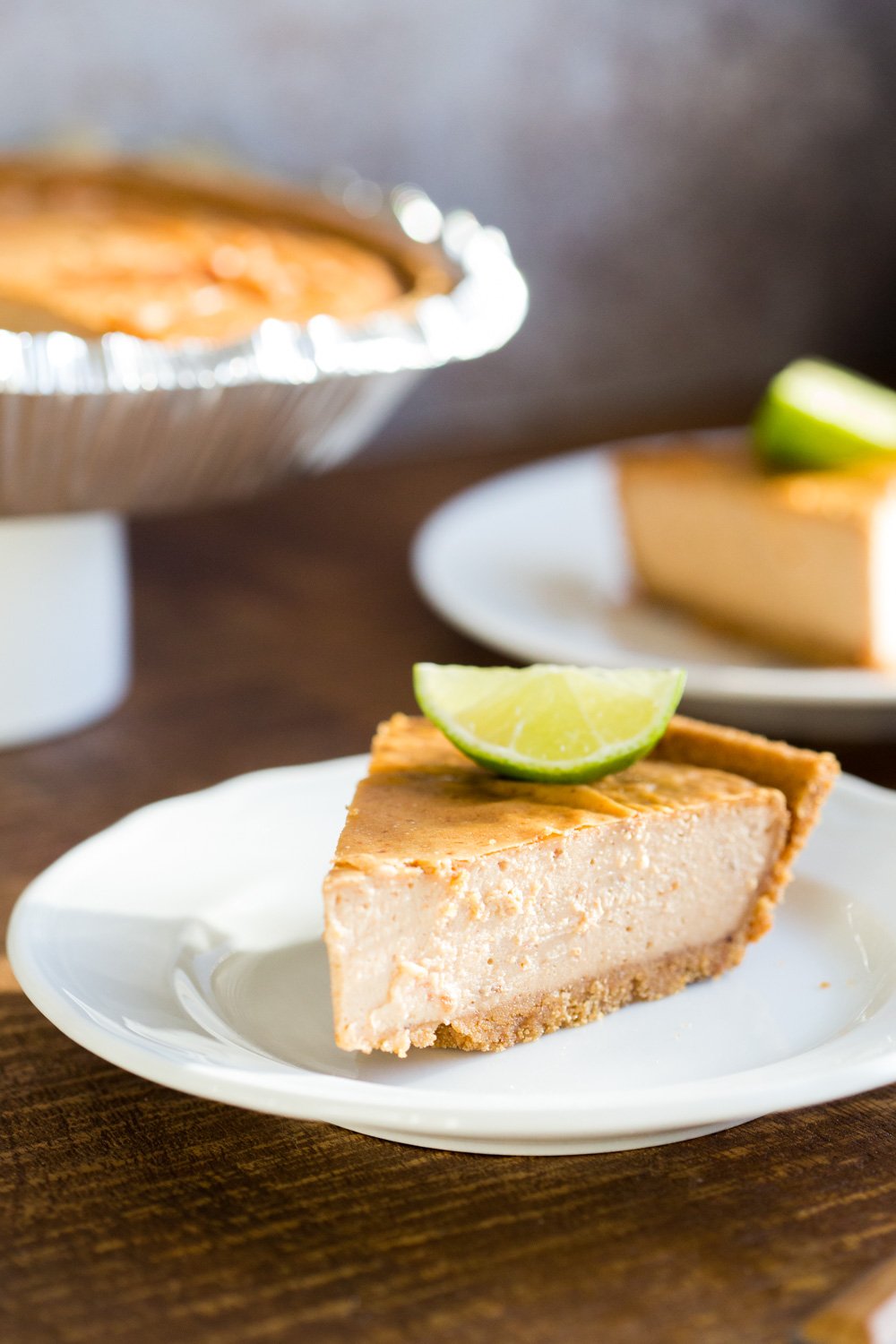 Vegan cheesecakes in restaurants and store bought have been more misses than hits. The texture generally is on point, its the flavor that can throw me off. I make variations of these cheesecake with fabulous results every time. I’ve had this baked cheesecake in the drafts for a while, so lets get to it!

The filling uses vegan yogurt and vegan cream cheese for amazing flavor and tang and some volume from the smooth cashew butter. Cashew butter means no soaking needed and no high speed blender needed! It is sweetened with dates and some coconut sugar and baked into a premade crust to a creamy delicious state.

Adjust the flavor and sweetness of the filling before baking! Bake into 1 large pie or mini cheesecakes with a simple almond crust or other other pie crust of choice. Serve with vegan whipped cream or ice cream, berries or a seasonal berry compote.